A Sweet Surprise About Holistic Nursing 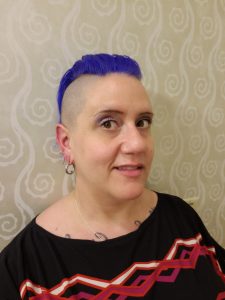 As a new board member I was tasked with writing a sort of “what is holistic nursing to me” blog post and I’ve found myself unable to define that quite yet, so let me tell you about my experiences at my first OHNA conference in 2018 to explore that question a bit more.

To be honest, I decided to go to the OHNA conference because it would be about $1500 cheaper than going to the APNA conference and both time and money were short.   Besides, when the choices are a short drive to Breitenbush or a flight to Ohio there’s a clear winner!  I had a lot of stereotypes about the “kind” of nurse I would find at this conference since I’ve attended self-help workshops in the past and there used to be some “holistic nurses” bringing oils and smiles to the med-surg unit I worked on, including one who wore a lot of purple.  I knew there would be talk of “energy” but what of “evidence?”  As a new nurse coach, I had a lot of hopes I would meet hordes of holistic entrepreneurs with shared wisdom.  I also had a lot of fears ranging from not being “holistic” enough or learning that I was really that “woo-woo” too and would then fall off the slippery slope of reality and evidence-based practice and lose the respect of my nursing peers.  Of course, I also wondered about the potential etiquette and awkwardness of seeing professional colleagues naked.

Ultimately, more hopes than fears manifested.  My first encounter with these “holistic” nurses was indeed rather anticlimactic for

the fears and stereotypes I held.  At dinner the first evening I found nurses from the OR, community, hospice, med-surg, ER, surgery, and even a high school.   They were at the conference because they were curious about holistic nursing as well, or came because they had education funds to use and wanted to soak.  The nurses that did self-identify as holistic integrated complementary modalities informally into to their practice or even identified ‘listening’ as a holistic modality – it often feels like a luxury to spend time listening in the hospital, isn’t it?

The opening circle started the shift towards being willing to call myself a holistic nurse.  The familiarity of intentional space setting combined with ritual set me at ease, and it was awesome to see the variety of nurses represented.   There was even one person I knew – and uh, oh, was it going to be awkward to see that person naked?   I should caveat that this was not my first time at Breitenbush.   In the morning, Kathy Bell’s “Introduction to Holistic Nursing” sealed the deal.  Kathy described holistic nursing as a “lens” rather than a specialty, and it made a lot of sense to me – it’s what I had been doing for eleven years. 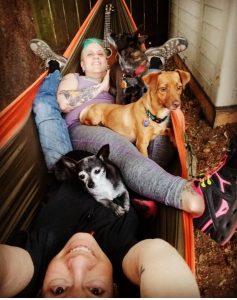 Medications and “treatments” alone have never been enough to truly heal someone, though they give the appearance of it.  The only time a day in med-surg felt right for me was if I got to hold a hand or hold space for someone’s emotions and spiritual healing as well.   Recently in my mental health nursing practice, I have begun to integrate more creativity and mindfulness techniques. I’ve begun opening the conversation with clients about diet, spirituality, and the need for courage and risk-taking to facilitate their recovery.   Last year when I started having coaching conversations with caregivers I learned how sick we “healers” are and found these exchanges healing for myself as well, unlike those in the hospital.

It was well-researched evidence interlaced with the personal journeys of the presenters that opened my eyes about potential therapeutic uses of CBD, illuminated the ways our food is making us sick, and even surprisingly taught me a practical way that astrology could help us understand ways to potentially communicate with clients.   “Energy” came into the story when it was evident a lingering headache was because I was holding back a slew of emotions and allowing my brain to bully my heart into being okay –yet again – and I was indeed called out on this and supported through this healing process, topped off with a massage, lavender oil, ibuprofen, and a peaceful nap.

As it turns out, it wasn’t any more awkward than usual being naked around professional colleagues because over the course of the conference they had become friends – so I decided to join the ranks!   I look forward to deepening my practice and understanding holistic nursing in action as I interact with our group over time.  Woo! 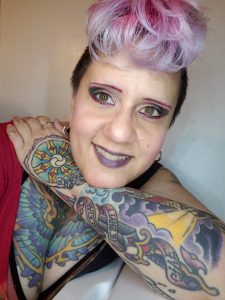 Like Loading...
This entry was posted in Holism Discovered, Holism Integrated, Miscellaneous, What is Holistic Nursing?. Bookmark the permalink.