My Journey to “Sacred Selfishness”

I grew up in a family where all things alternative and natural were our normal. We always had a naturopath as our family practitioner, and we used plants and folk remedies as our first line of medicine. My mother really taught us to listen to and not fear our bodies. She practiced as a home birth midwife when I was a child. As the eldest of four, I was present for the births of all three of my younger siblings.  As a five-year-old, I had already decided I wanted to become a midwife someday too. 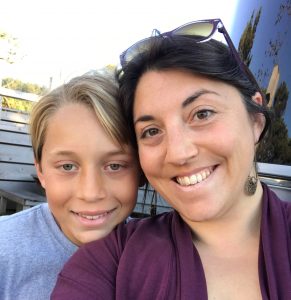 Breeze with her son Izaiah

During my teen years, I was drawn toward different modalities of healing. I learned a lot about crystals and gemstones and their healing power. I apprenticed with an elder friend of our family who was a reiki master. She attuned me to levels 1 and 2. For many years I have studied plant and herbal medicine. I have made my own tonics, tinctures, and salves. I love the magic of making medicine from what grows around us.

After traveling to South America and Asia in my late teens, my partner (at the time) and I settled in Northern California. At age 19 I found out I was pregnant and gave birth to my Son, Izaiah at twenty years of age. I struggled with depression during and after my pregnancy. When my son was two, his father and I separated, and I moved back to Oregon to be closer to my support system. I remained depressed for many years, hiding it very well. I finally reached a point where I felt so hopeless and lost, I opened my mind to trying an antidepressant. I was fearful and had my own biases toward pharmaceuticals. After a while, I started to feel better, but eventually, I felt numb. 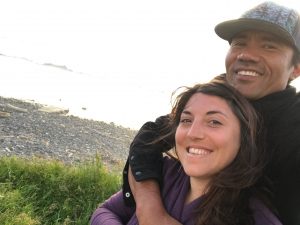 Breeze and her husband Michael

I went through some pretty dark times, and with the support of my doctor I eventually weaned off the antidepressants. The process was slow and painful, but I finally came back around to feeling like myself.  It was during this time I started to question what was next for me in life. I was still very inspired to seek an education in midwifery, but which path I wanted to take was unclear. I had a few close friends at the time who were nurses or were going through nursing school. The path seemed daunting and overwhelming. Finally, after some deep contemplation, I reached my decision to go to nursing school. I wanted to choose a path that had many opportunities within it. I felt that for me to be able to serve others in the most holistic way possible I needed to dive into western medicine and gain an understanding and appreciation for a world that I had held foreign.

Nursing school rocked my world. It made me question myself in ways I never had. It tore apart preconceived notions and ideas I had created. At one point I felt like I was becoming a hypochondriac – every subject we studied led to another self- diagnosis! I could feel myself embodying symptoms and becoming engrossed with dis-ease and it’s processes . Often I felt a mixture of inspiration and despair. I wanted so badly to make a difference for the patients I encountered and I also felt so limited by the current system of health care in our country. I joined our student nursing organization and started to work on community projects and outreach. That year I also traveled to the Oregon Student Nursing Association’s annual conference. It was at that conference I visited a table that members of OHNA had set up. I thought to myself, if there is such a thing as holistic nursing, then I must be on the right path. I attended Marina’s class that day about astrology and I was not only inspired, but relieved to finally feel like I would be able to incorporate all the holistic practices and ideals I had gathered thus far, with the new knowledge of nursing practice I was gaining. 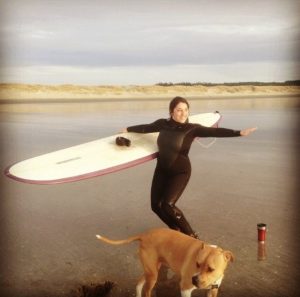 For the past two years, I worked as a nurse home visitor in Lincoln County. My clients were pregnant women and young children. I got to explore my passion for working closely with this population, which I had dreamed of serving since childhood. I have learned so much about myself through this work and about how I want to move forward in my nursing career.

Due to some life changes, I chose to leave my job in October, just prior to this years OHNA annual conference. It was attending this years’ conference that really has catapulted me toward a new way of envisioning and incorporating holism into my life.  I was so moved by this gathering of like-minded healers and nurses. I realized I had been making excuses for years to not give back to myself the way I give to others. This had led me to feel burned out at times. I had made a habit of feeling guilty for making myself a priority. During the conference, I was awakened to a new concept, “sacred selfishness.” This realization that being selfish can be sacred has allowed me to focus on self-care in a new way. This is my new journey, one which I’m sure will last my lifetime. I view holism as tapping into all levels of our being. True healing can occur when we honor all aspects of ourselves; physical, mental, emotional and spiritual. I feel that I am finally on the path to self-healing.

Though I am currently on a hiatus from practicing nursing, it is my goal in the coming year to incorporate all the knowledge I have gained and find new ways of sharing and learning. I am committing much of my time to homeschooling my son. I continue to teach bellydance to women in my community, and I find solace in the ocean while surfing as much as possible. I am currently building a new business with my mother centered around medical cannabis. I plan to join the American Cannabis Nurses Association.  I would like to broaden my understanding of cannabis as a medicine and the healing powers of the endocannabinoid system. As far as my passion for women’s health and birth, I continue to help facilitate a group for mothers in my community called Womens‘ Connect. This is a safe place for women to gather and share in the experience of pregnancy and motherhood.

I look forward to reaching out to other nurses, students, and healers so they can learn about OHNA.  I am honored to be a part of the OHNA Board, and I am excited to work alongside such talented and gifted women. Cheers to a new year, one full of giving and receiving! 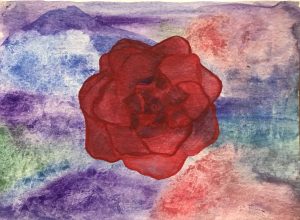